To help you get the most out of the Rockett St George website, to provide a safer experience and to improve and personalise our services, marketing and for social activity, we use cookies. You are free to manage this via your browser setting at any time. Learn more in our Cookies Policy and in our updated Privacy Policy.

Highly renowned and respected in her field, perhaps her most famous work is as an Executive Producer for Red Nose Day.  This year the organisation raised an incredible £63,938,072 for vulnerable people in the UK and all over the world. Not just a one-trick pony, Emma Freud also writes columns for BBC Good Food, The Time's Luxx Magazine, Graydon Carter’s ‘Airmail’, and was the associate producer for the 2019 film, 'Yesterday'.  And....just when you think that is more than enough for one person, Emma is also a mother of 4 and lives with her 'boyfriend' of 28 years, screenwriter, Richard Curtis.

A longtime Rockett St George customer since the days when co-founders, Jane Rockett and Lucy St George were just setting up shop, we were so excited when Emma agreed to take part in our latest 10 Minutes With Interview. Emma talked to us about her career, her home and her favourite Rockett St George products. Keep on reading to discover more about our friend Emma Freud.

1. Let’s start at the very beginning tell us about yourself?

Ok - I’m Executive Producer of Red Nose Day, a columnist for BBC Good Food and The Times’s Luxx Magazine. I co-host BBC Radio 4’s Loose Ends and present the odd thing for National Theatre Live. I also work with my boyfriend on his film work and was the script editor and associate producer for Yesterday which comes out this summer.

I also have 4 children, 3 cats, 1 tortoise and a dog and a tortoise called Larry Nutsack.

2. You’re a broadcaster, journalist, producer and script editor to name but a few of your many talents. What has been your career highlight?

Soooooo many. But to choose a recent one… I interviewed David Attenborough on stage for an hour at the Cheltenham Literary Festival last year.  I was ridiculously nervous - but he was even more remarkable, wise, compassionate and brilliant than I thought was possible. At one point he leaned right in and told me quietly about the sexual acts of slugs.  That alone has to be one of the greatest experiences of my life.

3. Tell us about one of your most recent projects and what excites you most about the project?

We’ve just finished working on Red Nose Day USA, which was a real privilege - the Empire State Building went red on our behalf -  Kristen Bell, Thandie Newton and Jeff Goldblum starred in a special edition of Hollywood Game Night - Sting performed and we showed our mini-sequellete to ‘Four Wedding and a Funeral.’

It was an amazing night. We’ve raised over $250m there so far to support children living in poverty all over the world.  It’s been the toughest endeavour Richard and I have ever done, but the potential to do good there is mighty.

4. You have an incredibly busy working life and you are also a mother of four. How do you take time out to find balance in your life?

I have a priority list… my children come first, then comic relief, then my work as a broadcaster or journalist.  I try to be careful about how many projects I say yes to. But, I repeatedly get the balance wrong.  I really truly thought that by this age I’d have that side of life sorted, but I haven’t cracked it yet. 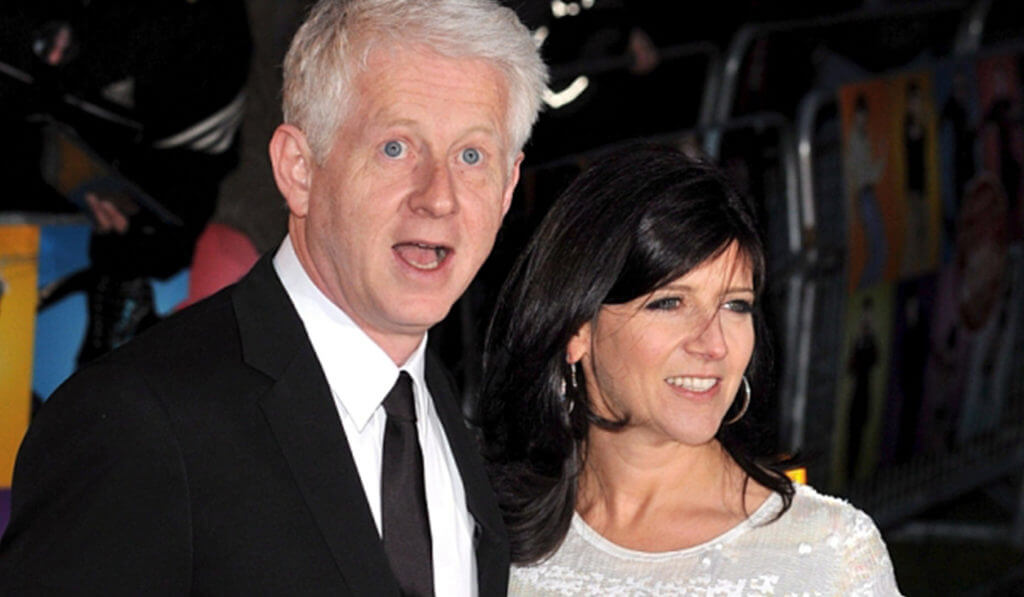 5. What would you say is your personal style? How have you incorporated this into the home?

I don’t have style - I just want everything to look friendly - me as well as my home.

6. What room in your home do you and your family typically spend the most time in? How have you worked the interiors in this room to make it such an inviting and unifying space?

I’ve found that being able to lure my children into the kitchen with the promise of food, fun places to sit and small animals to pet, means they might stay there and talk to me.  So I put a lot of work into really good food, hanging chairs, or swings and as many kittens/puppies/rabbits/tortoises as I can get away with. 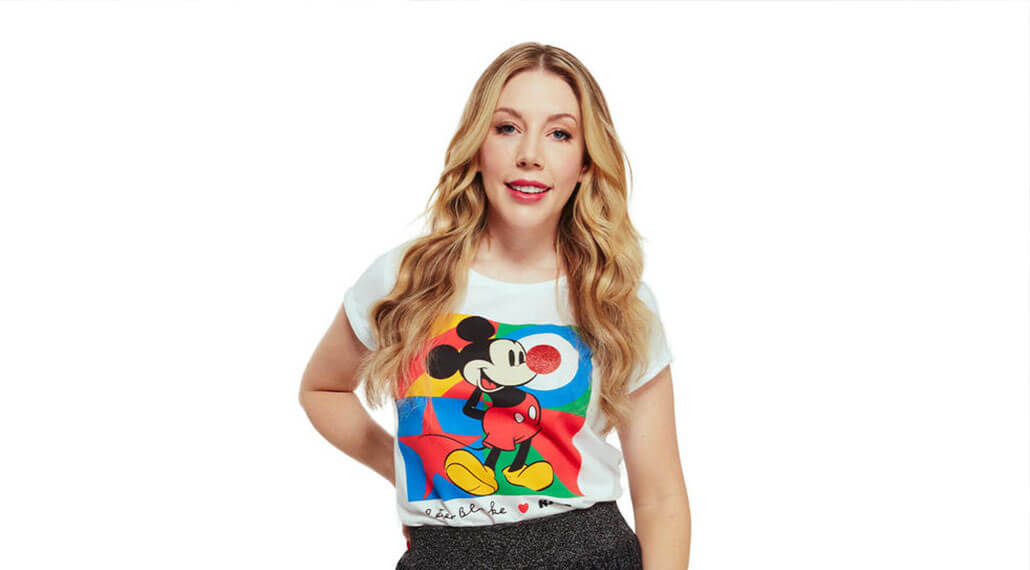 7. What piece of art, artefact or furniture in your home holds the most significance to you and why?

I have a couple of pieces by Peter Blake who is my favourite designer in the UK.   One of the greatest things that happened to Red Nose Day 2019 was he agreed to design our t-shirt.  Thanks to the brilliance of TKMaxx who sold them, they ended up bringing in over £4m to our projects, which was our highest T-shirt total yet.  And the design is so gorgeous that I framed 2 of the T’s - I have one at home and one in our office.  A framed and loved T-shirt is the cheapest and most enjoyable piece of art.

8. What should no home be without?

Tequila. Festoon lights. Hummus.  And kittens - they make everything better. 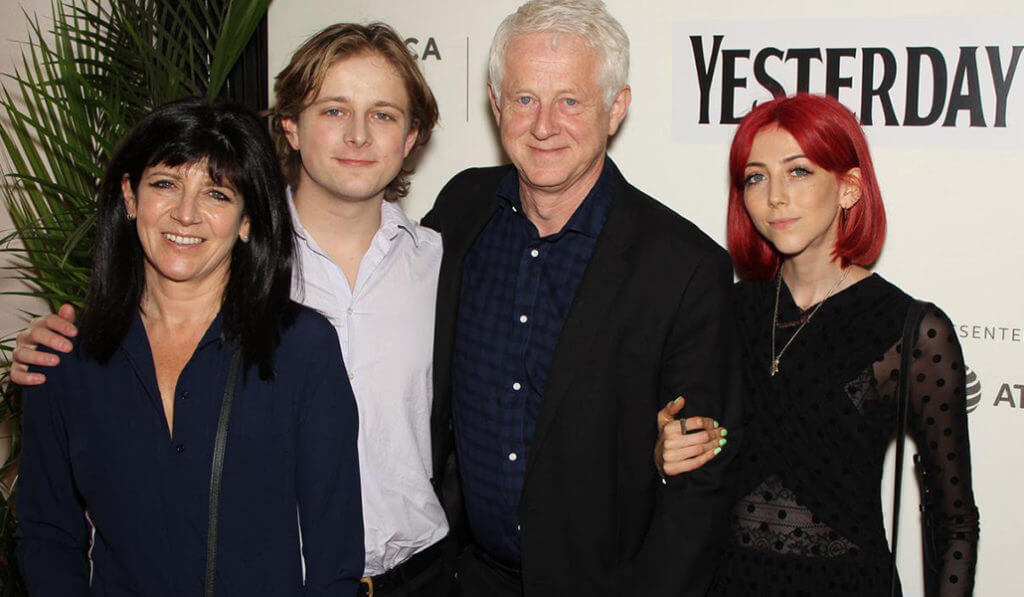 Our new film - Yesterday - has just come out, which is a weird mix of terrifying and exciting. Every time I read a dodgy review for it, I want to lock the door of the house and stay inside for a week - but then getting a text or a tweet from someone who likes it will balance that out in my head.  We’ll be in New York in September for the United Nations General Assembly - and then back to Comic Relief.

Shop The Drinks Trolley and Swing At Rockett St George

1.I am happiest when… all of my 4 children are in the same country. Ideally, in the same house. Possibly the same bed.

2. My favourite magazine or newspaper is… an online journal called Tortoise.  It’s a brilliant app, and a weekly email, and spills over into live discussions and debates called ‘Think-Ins’.   It’s everything news media should be, but mostly isn’t.  Considered, unexpected, wise, thoughtful and important.

3. My dream holiday would be… In Suffolk. I love travelling - and particularly love living in other countries - we’ve spent a year in Bali and a year in New York since the children were born.  But far and away I’m at my happiest when I’m in my family home at Suffolk.  I’ve spent 4 months of every year there since I was born and it’s everything to me.

4. My ideal day would be spent….With family and friends - ideally at a large table full of food and drink. Oh, and surrounded by kittens. Not sure if I’ve mentioned how much I love my kittens…

5. My personal motto is… Be kind. Be supportive. Learn to use a google doc.

6. My guilty pleasure is…Love Island….although I don’t feel that guilty about it whatsoever.

7. The last film I saw was… ‘Yesterday’ - a film about an unsuccessful songwriter who wakes up to find he’s the only person in the world who remembers the Beatles.  I’ve now seen it 28 times so tbh, I’m over it.

8. My favourite book is… I’m currently ADORING the debut novel by Kate Weinberg called ‘The Truants’ and if there’s a finer book published this year I’ll eat it.

9. In five years’ time, I want to be…doing pretty much the same thing - I feel so ridiculously lucky to be allowed to work on so many diverse and remarkable projects. But... we do need a few more animals in our house.

10. The three things I can’t live without are… Richard. My Thermomix food processor.  Tequila.